… to get a freaking night off?

One of my pottery friends threw a little birthday soirée at The Kitchen Upstairs, aka Cougar Hunting Ground. It’s a sexy spot for sure.

I told the boys about my plans and suggested they go to Backcountry for some happy hour or maybe get a pizza. That’s Vivienne Speak for stay the fuck out of my kitchen. Loony wanted to get food from Audrey Jane’s Pizza Garage so everything was set, right?

I got all done up and arrived at The Kitchen a half hour early so I could have a little time to myself at the bar, just to see if I’ve still got it. After all, I was wearing make-up and heels and a dress that made my boobs look nice, why waste the effort? Call it a scientific experiment.

The problem with being cougariffic is that the whole thing falls apart when it’s time to read a menu. 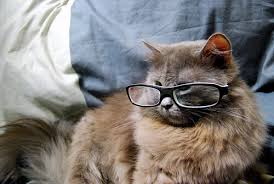 The ladies arrived looking mighty fine I was thinking that we made a formidable crew. Then it was time to order and all the reading glasses came out and the iphone lights came on and we suddenly looked fucking old.

It totally ruined the mystique.

So long story short we ate a lot of food, drank from a seemingly bottomless bottle of Prosecco and left way more food on the table than we should have. I’m telling you, a young thing would have been welcomed at our table if only to eat all the food we shouldn’t have ordered.

I managed a brief conversation with Ray from Philly who is an electrical engineer visiting a water treatment plant in Broomfield. That happened sometime between when I sent the angry text and the ladies showed up.

He got about 5 minutes of my time. I like making conversation with strangers but he certainly didn’t make me regret any of my life choices … until I got home and found this …

JJ, you will be happy to know that I made them clean it up but I was still pretty irritated. I thought the point of ordering out is that you don’t fuck up your kitchen. Loony decided to make a salsa that required boiling jalapeño and serrano peppers.

For some reason he abandoned the project (see exhibit A) and left the pot on the stove. The fumes from the boiling peppers filled the house with tear gas so I locked myself in my room with an open window.

Being single looked pretty good when I came home to that shit.

Eh, life goes on. At least I got double teamed …

Scheissehund crotching it out with TFC in the background, a rare moment.

Oh! And here’s a picture of Boobzilla!

This picture doesn’t do her boobs (or her at all) justice. They are huuuge. Her boobs, not the rest of her.

I didn’t have a relationship with her before she moved in but I have to say that she’s up there on my list of favorite housemates. Every now and then we’ll do a sit down and talk for a couple hours. I will miss her when she’s gone.

And this happened, but only for a second …

That’s all I got.

2 thoughts on “What Does It Take”