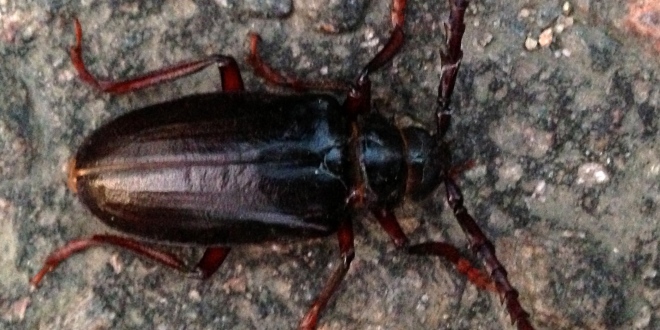 It’s been a cringe-worthy day but we had an awesome weekend! That eating and sleeping and no kids for the night thing is like the friggin’ Marital Fountain of Youth!

Lonny and I delivered our kids to their respective sleep-over locales (thanks Jen and Pamcakes!) and then enjoyed a leisurely 18 hours of happy-hour, grown-up parties and brunch. Interestingly enough, I wasn’t at all annoyed with Lonny. Not even once. Go ahead and say it, because we’re all thinking it, kids ruin marriages.

We can all agree that breaks are good. Surely they get sick of me, too. 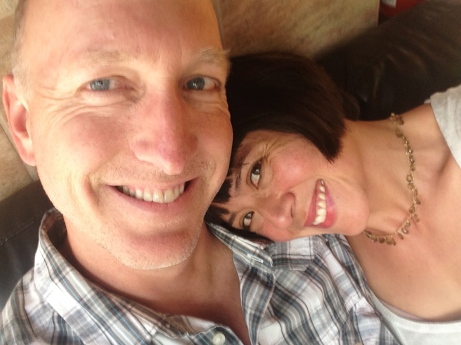 Don’t we look happy? We are.

But real life must intervene and I’m back to the less food/sleep more hunger/irritation thing that my system is accustomed to.

Speaking of irritating, here are some things that really make me cringe. First off, this made it into my in-box. I don’t know how it got there.

I’m not big on Miley Cyrus fan but I’m HUGE on schadenfreude. I’m not one to avert my eyes when the fabulously wealthy yet marginally talented fall on their faces, but I saw this and just felt sorry for the poor girl. I’ve had buckets of lapses in judgement but nothing quite as embarrassing and public as this one. These days you can’t fuck up without it haunting you forever.

I think of the things I’ve done and I cringe. Fortunately I only have my friends there to remind me about them. Not the whole damn interwebs. Yikes.

The second thing is this garbage can which I have gotten rid of. Lonny acts like a princess every time he empties it because it violates his precious ears. I’ve rather harshly told him to pull up his panties and empty the damn can.

He demanded I video his demonstration and upon viewing it, I must admit that he’s right. It’s horrible.

Next up: bugs. The boys are really into beetles and have left no stone in our garden unturned in search of good ones. In general, they have been garden variety.

Today on my dawn walk with the dumb dog, I saw this behemoth in the middle of the road. 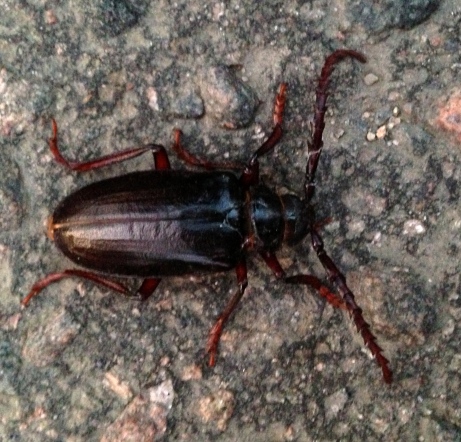 I didn’t want to touch it. I took a picture to show the boys but I knew they would never forgive me for leaving it there.

I diverted traffic so I could get it onto a stick and walk it home. A half mile.

The first part was okay because it stayed put and I thought, Okay, this isn’t so bad. But then the thing started moving and the stick I had was kind of small (3 inches?) and it kept moving towards me and trying to crawl to the underside of the stick and falling off so I have to stop and coax it back on without touching it.

Meanwhile I’ve got my stupid dog tied to my waist and he has to poop which means I have to clean it up and I’m holding a stick with a giant bug on it and constantly rotating and switching grips on it because now it’s mad and is clicking at me and the fucker bites! 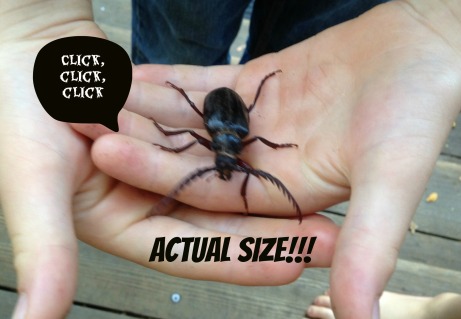 But I got it home. Yuck. The boys thanked me, though. A proper thanks, not a prompted one recited in a monotone through gritted teeth. I’ll take what I can get.

And lastly, stupid branding makes me cringe. I hate energy bars. I think they all taste horrible and are the equivalent of candy no matter what the claim is: gluten free, nutritious, low glycemic Index, vegan, raw, non-GMO, Zone, Paleo, Atkins, whatever. It’s not food.

Wow, that was a high-horse.

I saw this food-like substance/bar thingy at REI. What a head scratcher.

The definition of brap, according to the Urban Dictionary: 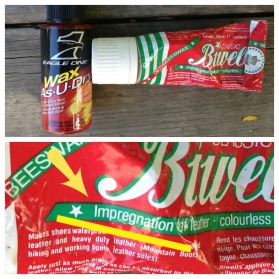 Car wax and furniture wax that “impregnates” you. I’m not taking any chances. TRASH.

Inserts for a defunct Apple fail. Why? TRASH.

My favorite part about Jamberry is the little mouse who is wearing a diaper! SO CUTE!

I love this little book. I’m giving it to Kiki.

I’m going to make Lonny use these for shipping. Today. 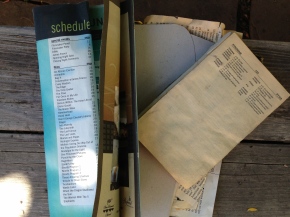 Part of a dictionary and a film festival guide that will remind us of that festival we never went to. I sure am glad we kept that around. RECYCLE.

Revel in your victory.

As if I need any reminders. Jody kicked Frank out so now we have to tolerate him again. DONATE.

Microscopic backpack that was all the rage in the 90s. DONATE. 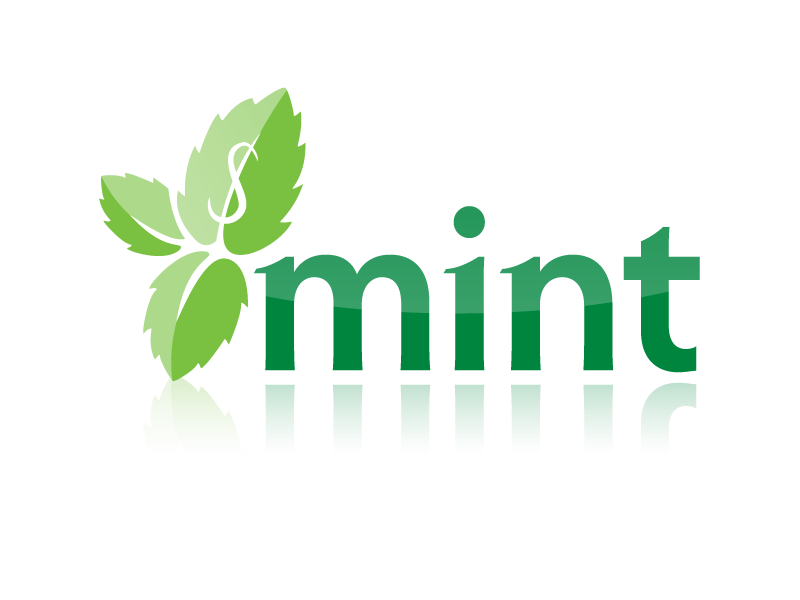